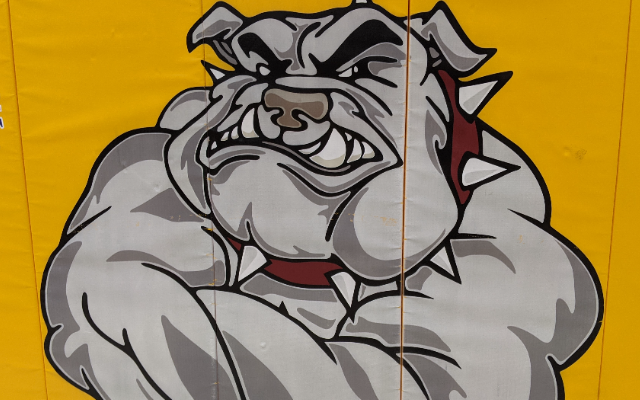 WATERTOWN, S.D. (GoWatertown.net) — The De Smet Bulldogs begin their quest for a state title today at the Class B Boys State Basketball Tournament in Aberdeen.

The Bulldogs are the one seed coming into the tournament and the defending Class B runner ups after falling to Clark/Willow Lake in the championship game two years ago.

De Smet Coach Jeff Gruenhagen says since that loss, the boys have made getting back to the title game their focus:

After last year’s tournament was cancelled due to COVID-19, Coach Gruenhagen says they have been trying to enjoy this season a bit more:

Brent Nathaniel will have local coverage of the De Smet Bulldogs in the Class B State Tournament Thursday through Saturday on New Country KS93.

Other games in Class B will see Viborg-Hurley face Lyman at 2:15 p.m., Canistota take on Aberdeen Christian at 5 p.m. and White River will wrap up day one against Dell Rapids St. Mary at 7:45 p.m.

From the A in Sioux Falls, the favorite and one seed Vermillion will open the tournament at noon against Dell Rapids, the 2:30 p.m. game will pit Sioux Falls Christian against St. Thomas More, 5 p.m. will see Dakota Valley take on Winner and the day will wrap up with Sioux Valley taking on Chamberlain at 7:30 p.m.

The AA in Rapid City will open at noOn with Sioux Falls Washington facing Aberdeen Central, Sioux Falls O’Gorman take on Harrisburg at 2:30 p.m., the 5 p.m. game will see Yankton take on Mitchell and the night will wrap at 7:30 p.m. with Sioux Falls Roosevelt facing Brandon Valley.