BBB: Bulldogs are the B champs! 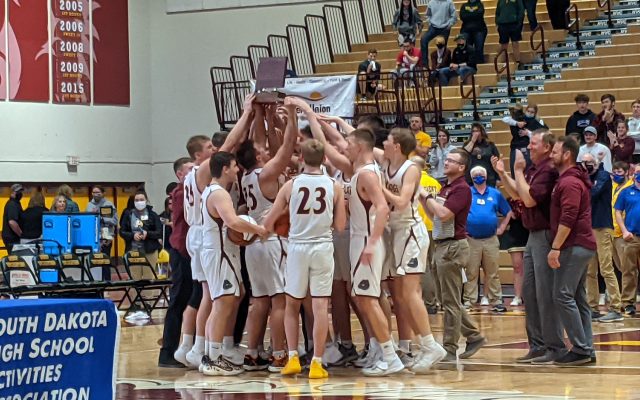 After taking home second place in 2019 and qualifying for the tournament in 2020 but unable to play due to the beginning of the COVID-19 pandemic, the De Smet Bulldogs finally reached the top Saturday night with a Class B state championship.

Kalen Garry would lead the scoring for De Smet with 23 points on nine of 18 shooting from the field, two of seven from three-point land, and three of four from the charity stripe. Damon Wilkinson would come off the bench and add eight points, Tory Holland added 10 points, Ethan McCune and Rett Osthus each netted seven, and Cody Cavanaugh had four points.

Osthus, Garry, and Wilkinson were named to the State B All-Tournament Team from De Smet. Russell and Kalek Wieker were named all-tournament from the Knights.