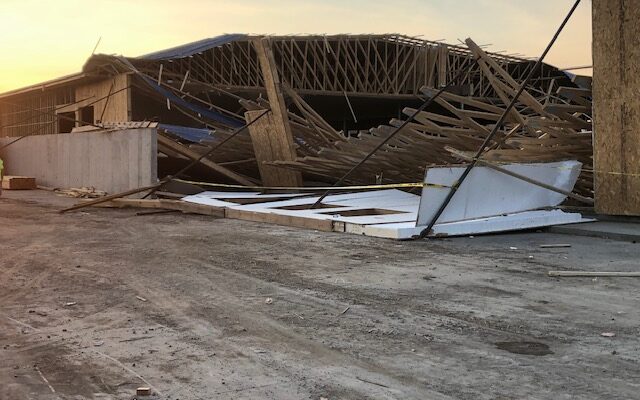 SUMMIT, S.D. (AP) — Officials in northeastern South Dakota are investigating the partial collapse of a barn that injured ten workers.

Grant County Emergency Management says the barn at Blooming Valley Dairy near Summit was under construction when the rafters gave way about 5:30 p.m. Monday.

Ten workers were injured and taken by ambulance for medical care in Watertown, Milbank, Webster and Ortonville. Their conditions were not released.

A total of 21 construction workers were on site at the time of the collapse.

The South Dakota Highway Patrol was among agencies responding to the accident.