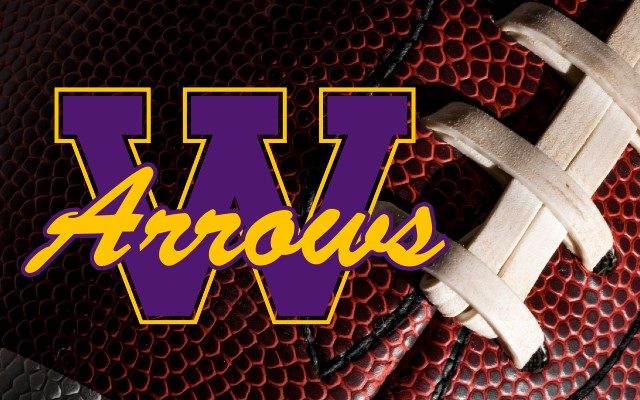 RAPID CITY, S.D. (GoWatertown.net) — As heard on 950 KWAT, the Watertown Arrows would claim a 38-34 victory at Rapid City Central Friday night in game one of the Rushmore Bowl.

Kale Stevenson ended the night going 10 of 21 through the air for 217 yards and four touchdowns.  Stevenson would also carry the ball 13 times for 88 yards and one TD.  Mac Young carried the rock 13 times for 104 yards.  Dawson Schmidt grabbed six receptions for 141 yards and 3 touchdowns.  Cole Holden added two catches for 62 yards and a touchdown.

The Arrows would put together a total of 506 yards of offense compared to Rapid Central’s 242.

On the defensive side of the ball, Ben Althoff had seven tackles, and Stevenson added five.

The Arrows, now 2-1 on the year, come back home to face Sioux Falls Washington September 18th.  Game time 7 p.m. at Watertown Stadium.  Todd Enderson will have coverage on 950 KWAT and GoWatertown.net/Arrows.