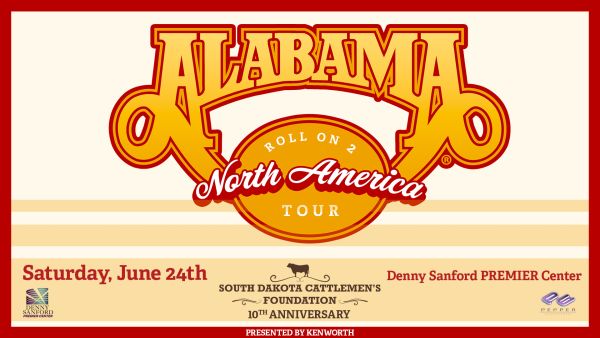 Alabama has sold more than 80 million albums and is considered by many to be the greatest country band of all time.

The South Dakota Cattlemen’s Foundation joined forces with Feeding South Dakota in May 2013 to create their signature event, the Prime Time Gala & Concert. The goal of this event is to not only raise critical funds for Feeding South Dakota’s mission by providing more beef to food insecure families throughout the state, but also to support the long-term viability of the beef industry by promoting the nutritional benefits of beef consumption and value of modern production.