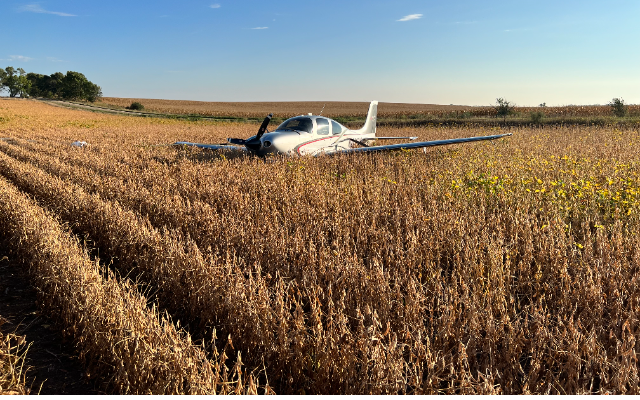 Just after 6:30 Monday morning, a pilot flying a Cirrus airplane with two passengers on board experienced mechanical issues causingthe engine to shut down.

The pilot conducted an emergency response and deployed the plane’s parachute, allowing for a safe and successful landing in a soybean field near Ramona.

The plane landed in a field. No one was injured.

The FAA will investigate the incident.