7-up for Brady as Bucs win Super Bowl 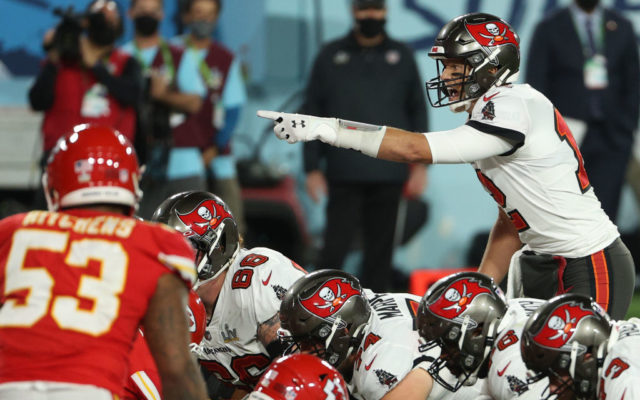 TAMPA, Fla. (AP) – Tom Brady was efficient and the Tampa Bay defense was devastating. The combination has led to the Buccaneers’ second Super Bowl victory.

Brady threw for three first-half touchdowns and the Buccaneers stifled Kansas City’s offense in a 31-9 win over the Chiefs. Brady claimed Super Bowl MVP honors for the fifth time, throwing to Rob Gronkowski for the first two TDs and found Antonio Brown in the end zone with six seconds left in the first half.

Brady was 21 of 29 for 201 yards and no interceptions in winning a Super Bowl ring for a record-extending seventh time. Leonard Fournette and Ronald Jones II combined for 144 yards rushing, with Fournette scoring the game’s final TD on a 27-yard run in the third quarter.

Most of the Chiefs’ 350 total yards came in the fourth quarter. Patrick Mahomes didn’t go over 100 yards passing until the final minute of the third quarter. Mahomes was pressured throughout while completing just 26 of his 49 throws for 270 yards, no touchdowns and two interceptions.

It’s the first time Mahomes has been held under 10 points or lost by double digits since becoming a starter.